Age is but a number! 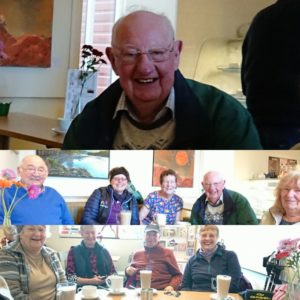 Meet Bleddyn a keen Nordic Walker from Cheshire who is pictured celebrating his 90th Birthday with his Instructor Kerley and the group.

You may be forgiven for thinking he could be the veteran of the group but this amazing wellbeing group are proof that walking with poles keeps you young!

Bleddyn is actually six months younger than Gwilym Jones who joined the group in April 2014, originally to recover mobility after a road traffic accident and spinal surgery. Kerley says “Despite undergoing major surgery  and a fractured hip in November last year, he is keen to recover in time to make my next longer adventure walk up Moel Famau. He enjoyed the pictures of my recce walk as his Family have farming connections there and he recalls running up Mountains when helping his Uncles’ there as a boy. This is possibly why he can manage the hills which had me puffing for sure!” 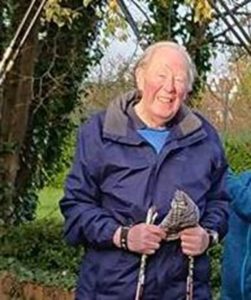 All very impressive BUT Ron Cheesebrough pictured is actually Kerley’s oldest member at 92! He started walking with the group aged 89 in September 2015 having heard about Nordic Walking at a talk for a support group at Leighton Hospital. He tells us he really appreciates the friendships he has made in the group as he finds he has outlived many of his friends.  Ron initially wanted to achieve more mobility and balance, improved breathing and weight loss. He had a heart attack in August 2016 but recovered enough to get back walking again, attending walks both in Frodsham and Chester.

In November he even had keyhole surgery for an aortic aneurysm and the Surgeon commented that it clear that If it hadn’t been for his excellent Lung and Heart Test results and the well received report from his Walking Instructor, there was no way that he would have contemplated that procedure at his age” Kerley’s husband, Ted who is also an Instructor had timed Ron over 100m and told him to let the surgeon know it was 1 min 30 secs!

Whilst Kerley’s Wellbeing group is specifically designed to cater for those with medical conditions, it is certainly not the only group with more senior polers! Don’t fall into the trap of thinking its an activity for the slow or frail either as many of them are far fitter than the majority of the younger group members too. 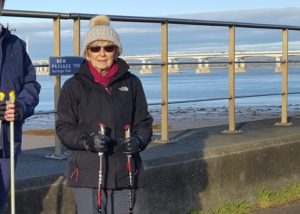 When we asked our groups if they had any members in their Eighties, it became clear that its actually the norm. In fact many Instructors reported that spritely octogenarians were often amongst the more active of the group too. Helen Richardson who runs the All Seasons NW group in South Gloucestershire told us about Ann Triner (pictured) who at 83 walks regularly. Whilst in Shropshire, the aptly named Barbara Walker is apparently a stalwart at the age of 84 according to her Instructor Beverley. 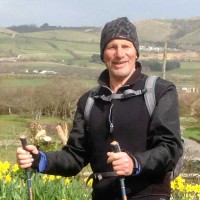 Here at NWUK HQ we have a brilliant local Instructor, John Challis (pictured) who is also the main route planner for the Purbeck Festival at the tender age of 79! He can be found out in all weathers either testing out routes or teaching technique and many of our younger group members struggle to keep up with him on the hills! 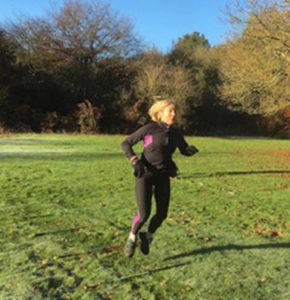 Once we move to Nordic Walkers who are only 70 plus, there are so many inspirational folk out there that we could go on forever. Instructor Ashley Sandy in Wiltshire told us she had 2 extraordinary walkers in this age bracket  – Alan, a 72 year old who Nordic walks 30 40 miles a week and is thinking of tackling the 26 mile Purbeck Challenge in September and Sue Worthy  who just before her seventieth Birthday attended a ski fit course and pictured performing this explosive drill! News has it that Alan wont be the only person over 65 to do the 26 mile challenge either. In fact we have quite a few entries in the senior category, including Eileen from Bromsgrove who at 73 also completed the Cotswold 24 hour challenge last year)

But before you assume that all Nordic Walkers are in the retirement age group…..THINK AGAIN because in the next issue we will be featuring some of our younger regulars and you might be really surprised.

Please click on a star to let us know if you liked this post. We'd love your feedback!

No votes so far! Be the first to rate this post.